The Ultrasonic Testing in Non Destructive Testing NDT use beams of mechanical waves (vibrations) of short wave length and high frequency to test mainly welds and casts. These are transmitted from a small probe in contact with the specimen surface and detected by the same or other probes.

Such mechanical vibrations have different forms depending on the direction of particle movement in the wave motion, so there are several forms of ultrasonic waves. The most common and widely used in weld NDT testing are compressional and transverse (shear) waves. They can travel large distances in fine-grain metal and an oscilloscope display (A-scan) shows the time that it takes for an ultrasonic pulse to travel to a reflector (flaw or back-surface).

Applications of Ultrasonic Testing inspection include location of manufacturing defects in welds and castings through to Corrosion / Erosion monitoring and large scale corrosion mapping. 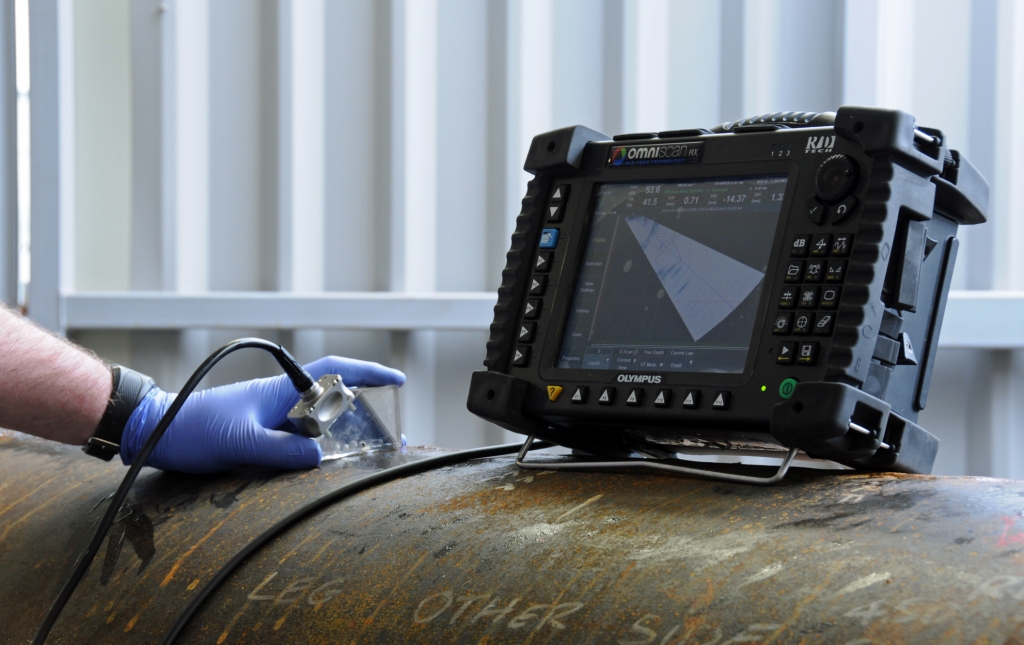